Honeybee colonies are rapidly dying out, but finding ways to save them is an enormous challenge. In 2017, beekeepers in the USreported losing around 40% of their hives – a trend that has continued in years since.

Though honeybees aren’t yet on the verge of becoming extinct, their speedy decline could have severe implications for humans. As pollinators of about a third of the world’s crops, honeybees are indirectly essential to our diets. Without them, farmers will havetrouble producing staple foods like almonds, fruits, and vegetables.

While scientists are still working to determine the exact causes of honeybee death, it likely boils down to a combination of pesticide exposure, disease-carrying parasites, pests, and changes to weather and habitat caused by climate change.

The microbiome company Seed has set out to tackle a few of these threats with a disc-shaped probiotic called BioPatties, which aims to make honeybees more resistant to pesticides and disease. Though not the only bee probiotic on the market, BioPatties has shown early signs of reducing the effects of an neonicotinoid insecticides, which bees prefer to their own food source.

On May 3, Seed partnered with culinary collective Ghetto Gastro to host a breakfast featuring foods that might disappear if honeybees went extinct by 2100.

The event demonstrated just how much we rely on bees for our meals – and gave a devastating glimpse of what will happen if too many bees die out. Take a look.

Seed partnered with Ghetto Gastro, a Bronx-based culinary collective, to present a meal with foods that rely on honeybees. Everything we were served wouldn’t exist in a world without bees. Most of the breakfast was plant-based, since honeybees are key pollinators of fruits and vegetables. At least root vegetables would continue to exist, since they grow beneath the soil. But meat would be limited, since cows rely on pollinated plants as a food source.

Of course, there would be no honey. But there would also be no grapefruit, berries, cucumbers, or snap peas. 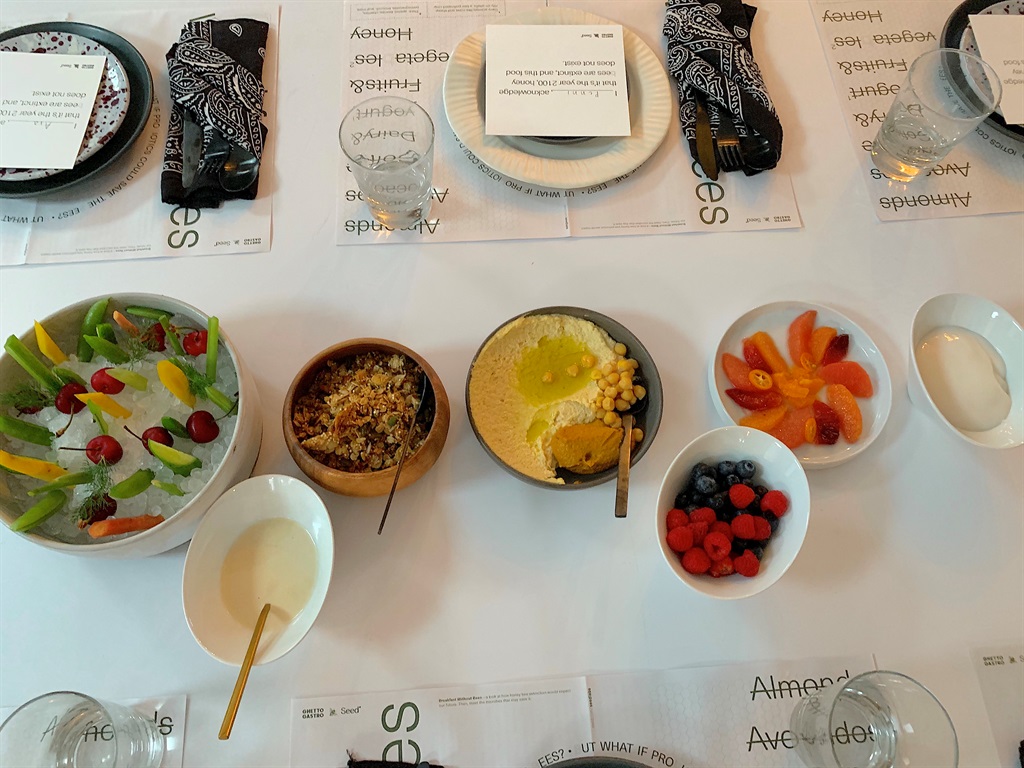 The fish we were eating could become be as expensive as caviar is today. The absence of honeybees could disrupt local ecosystems, posing a threat to the stability of multiple species, including fish.

We’d also have to say goodbye to almonds, a crop that’s completely reliant on honeybees. It takes 60% of the bee colonies in the US to pollinate California almonds, which make up around 80% of the global supply.

This disc-shaped probiotic could help protect our food supply by making bees more resistant to disease and pesticides. The probiotic joins a growing list of products designed to save honeybees, including solar treatments that destroy pests and sensors that allow beekeepers to monitor their colonies.

Efforts to rescue the world’s hives could save us from a future without our most beloved and nutritious foods.

How food impacts your pet’s health

Our blood is blue

Feeding our hopes for the future

The Village NEWS is the good news newspaper of the Overstrand. Covering your stories, from Elgin to Gansbaai, we keep our readers up-to-date on a weekly basis

Is it fish or is it fowl?